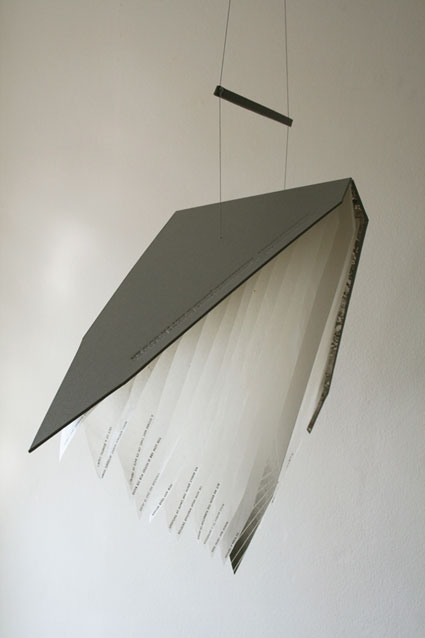 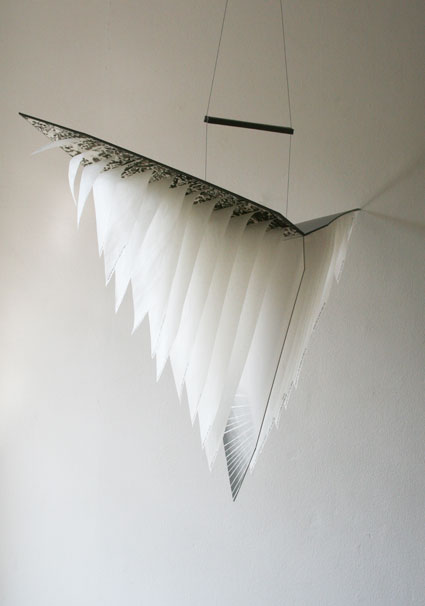 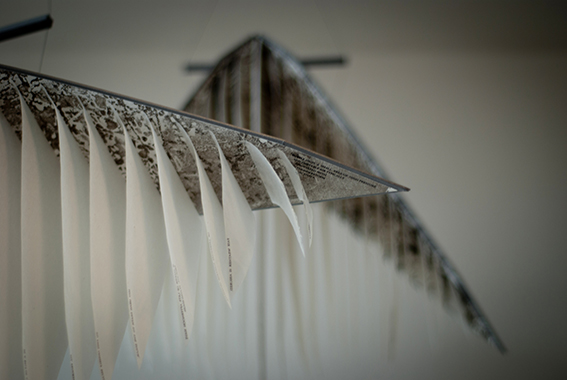 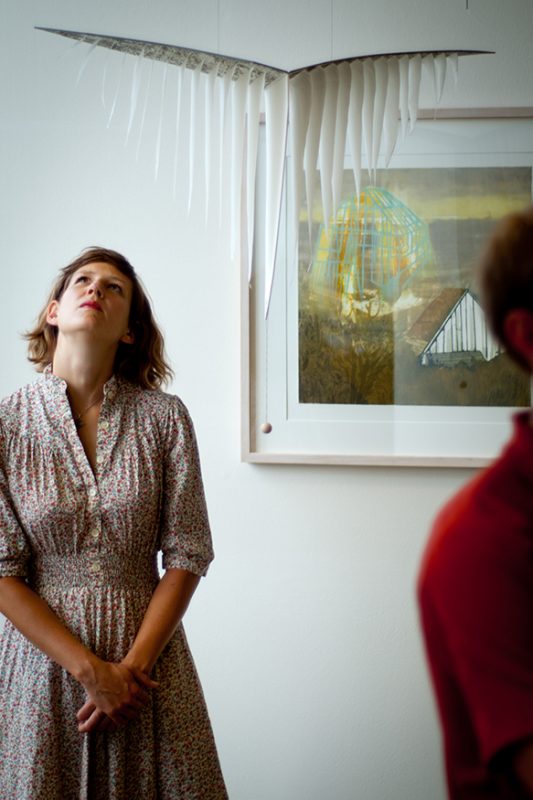 Art on Poetry was a series of solo exhibitions by among others Godfried Donkor, Oona Grimes and Martin Sexton curated by Kaleid editions in August of 2011. The premise was to work on an artist’s project which responded in some way to the poetry library’s collection.

The initial idea for the piece was to attempt to realise elements of a recent series of prints in three dimensions. In many of the prints, ghost-like structures appeared to float in mid air and so the book took the form of a mobile or hanging object. The idea was developed in collaboration with Retta Bowen, whose award winning book The Ornamental World, published by Tall Lighthouse, is included in the Poetry Library’s collection.

Bowen’s poem is concerned with the constant fluctuation of weather – its highs and doldrums inspired in part by the language used in a Victorian textbook on the subject. The title Bubble High is a term for a small area of high pressure and unstable air typically associated with impending thunderstorms. The resulting book is a kinetic piece whose covers open to reveal a series of thin Gampi tissue leaves onto which the poem is printed and which respond to the movement and temperature of its atmospheric surroundings.

In addition to the book piece an installation of 30 mono-prints responding to the themes discussed during the process of making the book was shown in the members bar on level 6 of the Royal Festival Hall.

Bubble High has subsequently been well received, being exhibited at the Whitechapel Artists Book Fair 2011 and the Royal Academy Summer Exhibition 2012. 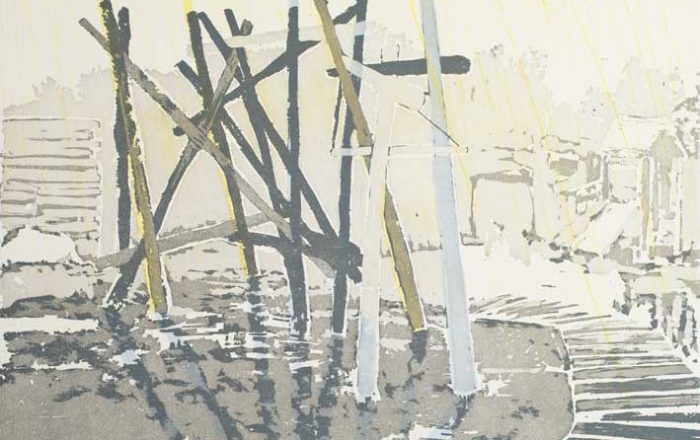 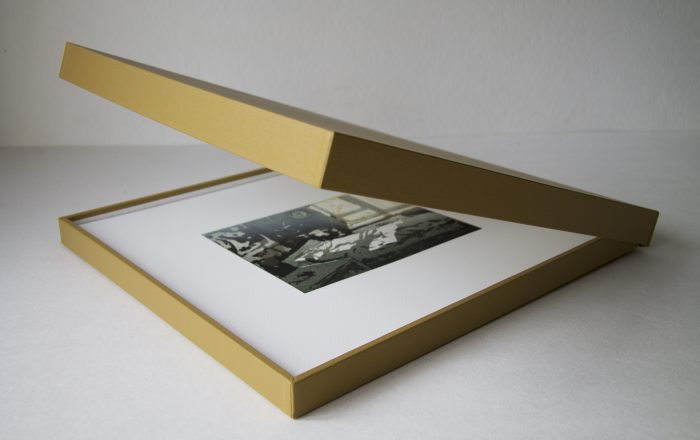 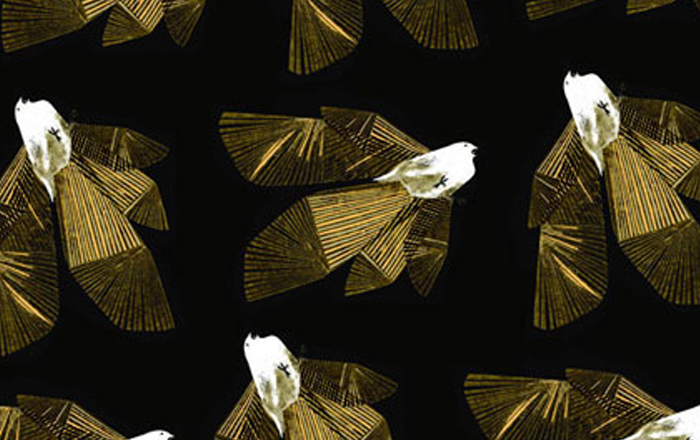 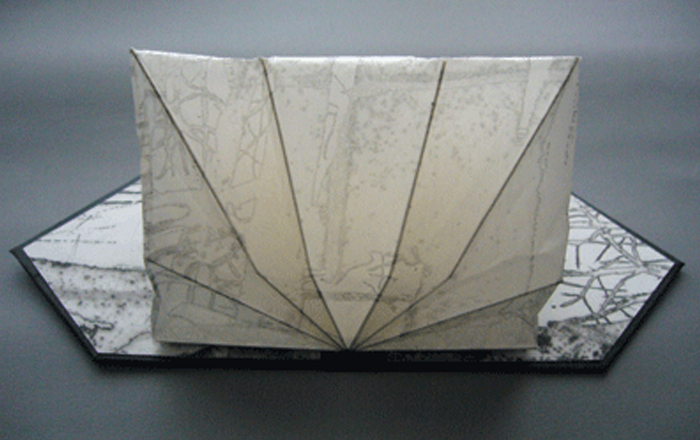 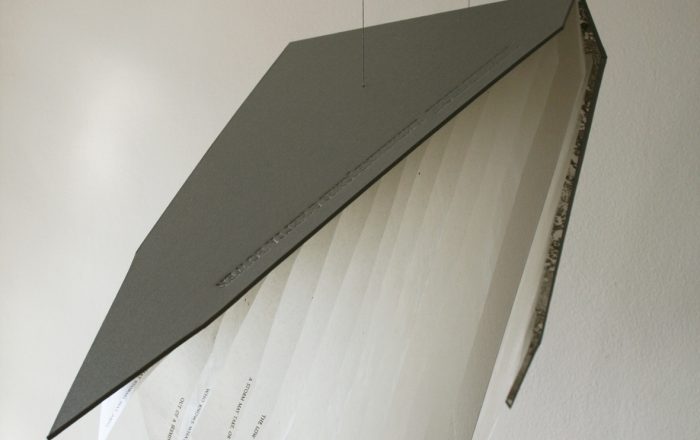